If somebody asked you to name an established luxury fashion brand, chances are Dolce & Gabbana would be pretty high on the list.

Since its inception in 1985, the Italian fashion house has achieved worldwide fame and dominated prestigious catwalks and fashion shows around the world year after year. But it might surprise you to hear just how effectively this luxury fashion brand has adapted to the challenges and demands of 21st Century digital marketing on a global scale.

Read on for a closer look into exactly what drives some of their digital success around the world.

Back when we discussed the phenomenal marketing campaign of Bentley, we spoke about the integral role Instagram and social media played in their campaign. With all their high-end, prestigious clientele, you might think that luxury brands consider themselves above more trend-based digital marketing – but in fact, they’re all for it.

Dolce & Gabbana is very similar in this regard; another fantastic example of an established brand’s ability to expand into a digital age. With expertly translated versions of the company’s website available in French, German, Spanish, English and of course their native Italian, they are well placed to target the European market.

This is a company that understands that a good local website isn’t just a means of connecting with your new market. D&G also consider the fact that there is a risk factor involved; a clumsily executed marketing campaign or a poorly translated website can have a serious impact on your brand’s reputation in a new country or market.

Great international digital marketing is also about not forgetting what your brand stands for and where it comes from – if that adds value to the local audience. See this campaign where they name Napoli and use the hashtag #ItaliaisLove

The key to marketing any brand successfully abroad is to understand what the value of the product or service is to the local market and to translate the product’s own values in a manner that will connect with the new market. Professional language translation services come into their own here and a well-translated website, designed and built for a specific region or country, can be a keystone in your international marketing.

Video gets a luxury touch

Carefully curated video content has been cleverly used by the brand, in combination with social media, to adapt the brand to a younger audience. This has contributed to higher engagement and an all-around boost to their exposure as a trendsetting fashion power-house in these foreign markets.

Fashion shows might well be seen simply as a display of artistic creativity and innovation, but for luxury brands like Dolce & Gabbana, they’re also a fundamental part of a combined marketing campaign. The average cash-strapped Millennial might not be able to afford some of the brand’s products, but they can still get in on the action by following the brand’s fashion show videos posted online.

Dolce & Gabbana looked to video when marketing the brand in Hong Kong to engage with local consumers. The brand expertly featured models and locations from the region in order to better tap into its target market through its video-driven social media campaign. This winning formula also featured popular elements from previous campaigns which were a great success in Hong Kong. 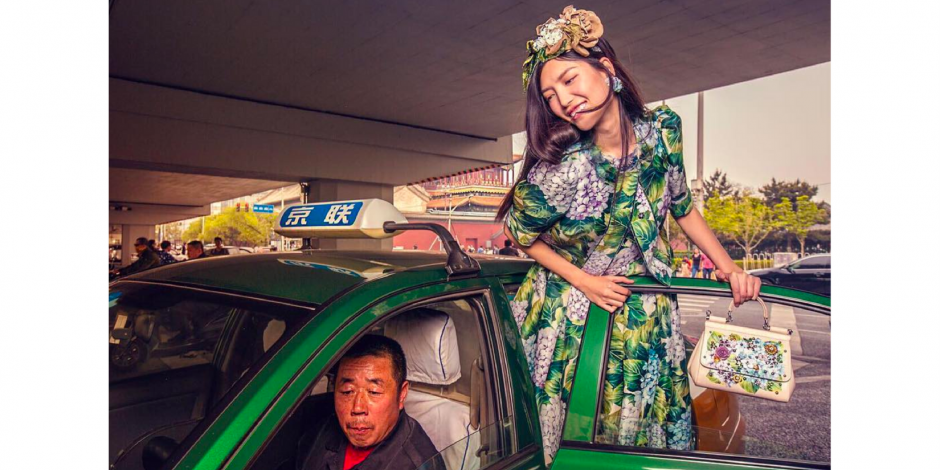 While shooting in Hong Kong, the brand even let members of the public take selfies with the models and local celebrities who were featured in the video, creating a buzz on the streets before the campaign was ever posted online. The fact that this marketing campaign attracted attention far beyond their usual customer base is a sure sign of success.

“The people on the streets in Hong Kong were amazing. You have the style in the blood, here and in China because it is the most antique culture in the world.” – Stefano Gabbana, South China Morning Post.

This is a master-class example of using a tried and tested marketing strategy and adapting it for a foreign market – a lesson other brands could learn from. Ultimately, video is a fitting medium for targeting a younger audience and Dolce & Gabbana has successfully integrated this into their social media campaigns on a global level.

Nailing that international flavour (or failing to avoid stereotypes)

But of course, it’s not always a bed of roses when it comes to marketing a brand to a new, foreign consumer, regardless of how well-known or established it might be. This is something Dolce & Gabbana learned the hard way earlier this year.

The fashion house received heavy criticism from their Chinese consumers in response to images that were deemed offensive in their DGLovesChina social media campaign. This resulted in a huge backlash from social media users as many lambasted the high-end brand’s social media profiles with negative comments and threats of boycotting its stores and products.

The Chinese consumers felt that the images used in the campaign, which depicted scenes of models sporting Dolce & Gabbana clothes posing with local people and tourists across major tourist attractions, from Tiananmen Square to The Great Wall, were “offensive” because they portrayed a stereotypical and “backwards” view of the country, in stark contrast to the new modern China of today.

In response to this, Dolce & Gabbana was forced to quietly remove the images from their Chinese social media, but kept them on their Instagram account, in order to prevent any further damage to the brand’s image. It was a crucial decision; the Chinese market makes up more than a third of total global luxury spending. If there’s anyone a luxury fashion brand wants to avoid upsetting, it’s the Chinese.

The controversial DGLovesChina campaign shows how quality marketing campaigns need to be expertly translated by professionals to avoid causing any offence or misinterpretation in the local context. Businesses need to and should be aware of the diverse cultural contexts of local communities in each new market they hope to make an impression in.

So, the moral of the Dolce & Gabbana story? Don’t rush your research and avoid making too many assumptions when it comes to adapting a marketing campaign.

And remember, translation is about more than direct understanding. If you’re working on a new social media campaign or you’re adapting an English one for a new market, make sure you’re working with a team experienced in professional language translation services to help you create a fully localised campaign that fits with the local language, people and culture.

Naseem is the project director at Bubbles Translation Services and has spent over 25 years in the translation service industry.

What will the Year of the Metal Ox Bring for Businesses Expanding to China?
February 15, 2021

What Valentine’s Day Celebrations Teach Us About Cultural Differences in Overseas Markets
January 18, 2021

A Complete Guide to Translation Across the Buying Journey
January 18, 2021
Trustpilot
Recent Articles
Most Popular Articles
Trusted By